Jeff Wilson, of Russell Springs, passed from this life on Friday, October 22, 2022, at the University of Kentucky Medical Center in Lexington. He was 59 years of age.

Born June 8, 1963, in Cincinnati, Ohio, he was a son of the late Wilbur and Lois Beane Wilson.  Jeff proudly served his country in the United States Marine Corps for five years. He was the owner and operator of Pegasus Towing for over 22 years. Jeff was a faithful servant of God, serving at Mount Pleasant United Methodist Church as a Sunday School teacher and in any other capacity he could be of service. Jeff was a loving husband to his wife, Patsy, Dad to his children, “Pa” to his grandkids, and a friend to all. He was a hard worker and never turned down a home cooked meal. Jeff was an avid Cincinnati Reds fan. He also loved his dogs, old cars, and trading knives.

In addition to his parents, Jeff was preceded in death by one brother, Donnie Wilson; and one sister, Gertrude Wilson.

In lieu of flowers, the family asks that expressions of sympathy be made to Gideon’s International or to the Mount Pleasant Cemetery Fund c/o Orvis Grider, 67 Glory Lane, Columbia, KY 42728.

Condolences in the written form may be sent to the family at PO Box 921, Russell Springs, KY 42642.

Funeral arrangements for Mr. Jeff Wilson are entrusted to Bernard Funeral Home. An online guestbook is available at www.bernardfuneralhome.com. 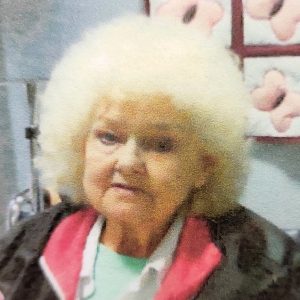